Never a dull moment in a multi-dog household – especially when you sit in the sidelines for an action-packed game of Bitey Face. If you’re new to having 2+ dogs, you might find rough play surprising, and may wonder how you could possibly know when to interfere.

The first time I saw Matilda with her fangs bared, her eyes bulging, and her hackles spiked up, I scrambled to remember whether I’d fed her after midnight. 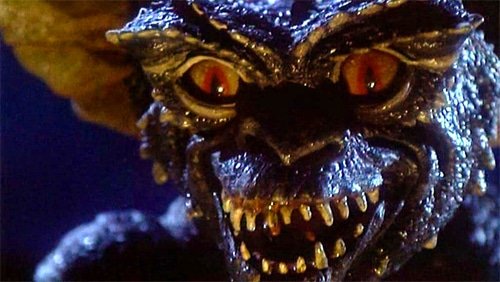 It turns out, I was just being a typical human – totally ignorant about the unspoken rules and proceedings of doggy games. There’s some wonderful things going on when our dogs play. When we look closely, we can learn a lot about how dogs communicate with each other.

How Dogs “Talk” During Play

On the surface, dog play looks like two dogs pretending to kill each other.

But when we look more closely, we can discover a secret language. Dog play is actually an interpretive dance, with cooperation and back-and-forth dialogue.

To initiate play, your dog might actually laugh. When dogs laugh, it comes out as a huffy “heh, heh, heh!” sound. You can even try to “laugh” at your dog when you want to play. In my experience, it really does get your dog in a playing mood, even coming from a human.

Dogs also use play bows to punctuate play. Right before or immediately after a bold lunge, the dog might bow for context – as though to say, “just kidding!”

Here’s an interesting video of Matilda and Cow playing outside.

Matilda often ends up on her back. Cow doesn’t force her down, she actually flips over on her own. I think she does it to protect her back and use all four of her legs to kick Cow in the face.

In this video, however, Matilda’s tail is tucked, and she might actually be using her patented flip-n-kick move as a last resort.

Cow responds by politely laying down and backing off.

Matilda then finds an interesting smell – or, might actually be showing a calming behavior. She’s sniffing to end contact with Cow, as though to say, “I’m doing something else now. Let’s cool it.”

Cow goes back in for round 2, but this time Matilda has truly had enough, her hackles raised, so Cow finally leaves her be.

After two years (most of their lives!) playing together, Cow has learned how to behave around Matilda. As a puppy, she was way too rough, so baby Matilda would get super defensive. She would make a lot of noise and lunge at Cow’s face. I usually did not allow them to play together. Cow was not my dog at the time.

Of course, Cow gradually decided that she was my dog. The girls became sister-dog-ladies who understand each other on a deeper level than I’ll ever know.

Their playtime is actually nearly silent now. Matilda no longer needs to roar and attack to say, “Stop that!” The bites between them are so gentle, I’ve even stuck my hand between them and felt no force at all… just pure sisterly love.

Playing Is Different Than Fighting

Unfortunately, my dogs have fought over food. It’s typically a loud, scary roar, a blur of teeth and fur, and then it’s over. It only takes a few seconds for the “loser” to realize they made a mistake – and slink away in defeat.

Over a ten-year period, animal behaviorists Barbara Smuts and Camille Ward watched hundreds of hours of doggy playmates, and not a single situation escalated.

They also noted that there’s no evidence that play is practice for fighting. It’s more likely that dogs play to form bonds and for mental and physical stimulation. It sure does look like fun!

You should intervene if one of your dogs is in obvious distress. A tucked tail, flattened ears, or any especially unusual noises – a whine, a yelp, or an angry “back off!” roar tells you that it’s time to intervene.

Matilda and Cow love to play in the narrow hallway. I’ll hear a sickening thud as Matilda’s tiny noggin smacks against the wall.

This doesn’t stop her, but I do call Cow away anyway. I don’t yell at Cow, or say anything in particular – she calmly stops if I say her name or touch her back. You don’t need to punish a rough dog for being rough.

As your dog learns that rough play ends the game, they’ll be gentler to keep the game going. Yelling, punishing or panicking just adds tension where it is not needed.

If Matilda’s getting too worked up, she might walk off. Usually, though, she’ll bound up to Cow and snap her jaws in her face, as though to say, “Why did you stop?”

That’s a sure sign that the rough play is appropriate for both playmates – if the “losing” dog comes back for more.

Behaviors To Encourage For Safe Play With Less Intervening 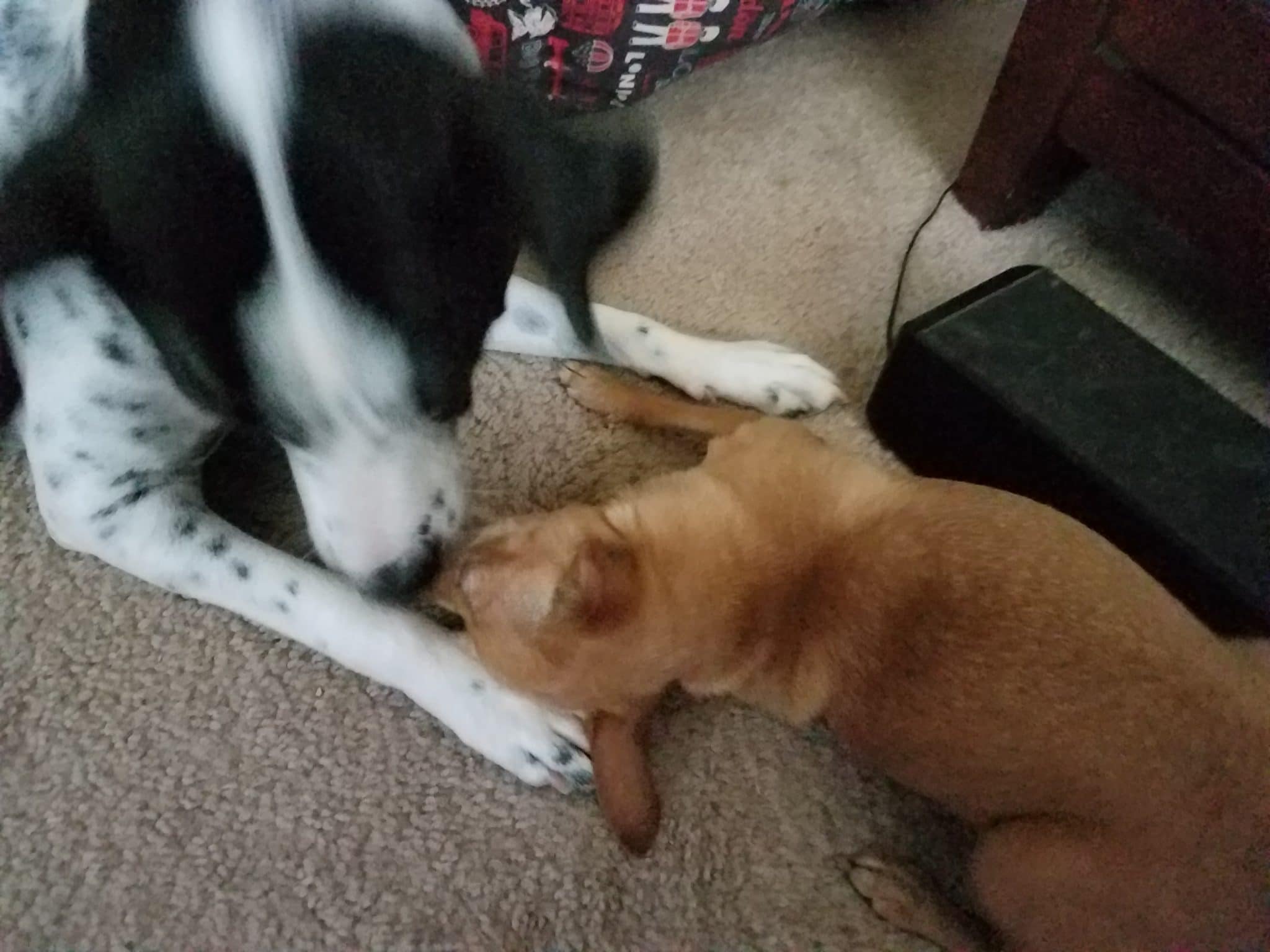 This was a very sweet, snuggly version of Bitey Face. I’d like to see more of this!

Do your best to avoid butting into your dogs’ play, unless you have a good reason to do it. Instead, teach your dogs two skills: to play politely, and to run to you if they’re feeling overwhelmed.

When I do intervene, I call Matilda over to me. I’m working on getting her into a habit of coming to me instead of trying to run away from Cow.

I also praise Cow whenever she’s playing extra sweetly with Matilda. It’s very nice of her to lie down to level the playing field.

Encourage the play habits that you like, and you’re bound to see them more often!

[…] Are My Dogs Playing Or Fighting? A Human’s Guide to the Bitey Face Game […]

Haha, yeah, fighting and playing are sometimes confused for people. :D I would tend to think they are fighting instead of playing. I dislike the way they play with each other lol.

When i first raise dogs (i have 5 dogs btw, haha), i was inexperienced. I couldn't even tell when are they playing with each other and when they are actually fighting. It scared me that they might get hurt and i used to try to intervene between them. Now everything has changed but your post just brings me back. Thank you for sharing!

Great post! Since getting River, my humans often wonder if we are playing or fighting!!! Sometimes it is hard to tell!!!

Haha, you should hear my corgis play bitey face! They are LOOOOOUUUUD! I love that they play, though, so I don't scold them for being themselves. They have gotten into arguments (scary, and I HATE them) over food, so I'm hyper vigilant about watching their cues whenever it's around.