Is My Dog Dumb? What I Learned From My Less-Clever Dog 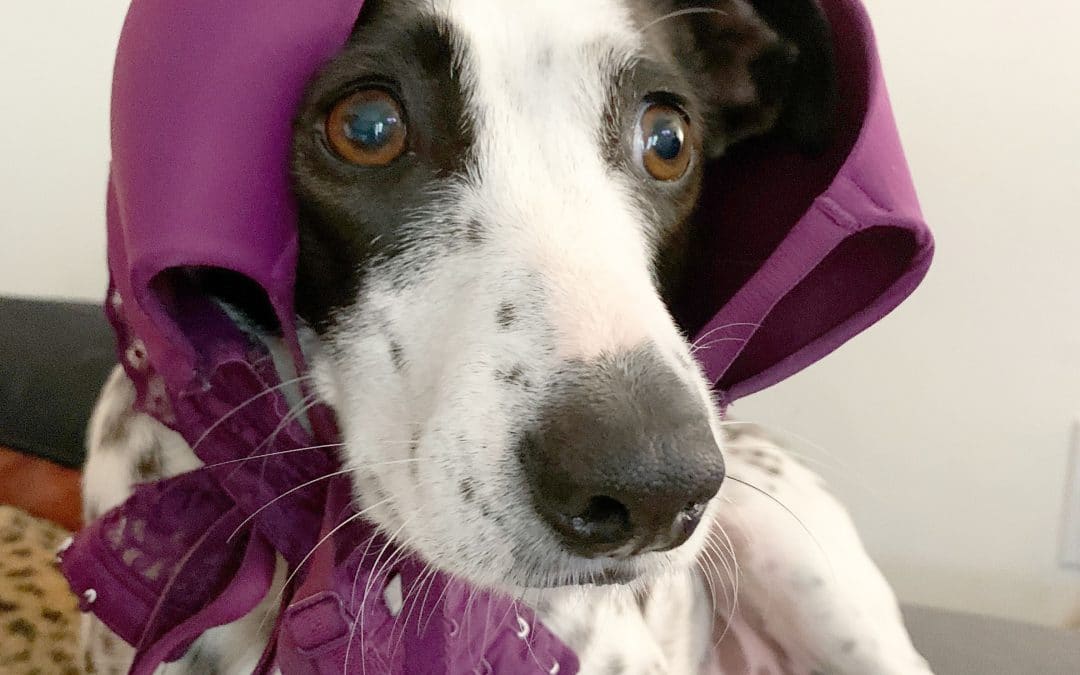 We may earn money or products from the companies mentioned in this post.
84 shares

If I hadn’t had Matilda, I might not notice that Cow is… well…

Saying that she’s “dumb” is an unfair simplification of the situation. I love Cow, and we never refer to the ones we love the most as “dumb.”

But on a surface level, she’s not as intelligent as Matilda, and she definitely takes longer to learn the same skills. She seems to have more difficulty retaining knowledge and learning from mistakes.

You see, when Matilda was a few months old, she licked a toad. When a dog licks your average American toad, she’ll react to a mild toxin that makes their mouth get all foamy. She might paw at her mouth and shake her head, but in a few minutes she’ll be as she was.

Matilda no longer tries to lick toads. It’s been five years since she got the foamy toad mouth, and she remembers that it’s not a pleasant experience.

Now Cow, she licked her first toad about three months ago. She got the foamy mouth, pawed at her face, the whole nine.

And yet, every time she encounters a toad, she SCREAMS when I do not let her near it.

Even though she’s on a leash, she does occasionally manage to mouth at toads. It’s happened at least four times this summer.

Every time, she gets that foamy mouth, and she seems miserable for a few moments. Then she forgets and immediately tries to lick it again.

“The definition of insanity is doing the same thing over and over again, but expecting different results.”

She also runs head-first into the screen door… every time. Every single time.

When I first got Matilda’s tiny basketball hoop, it took her all of five minutes to figure out what I wanted her to do with it. As for Cow, I’ve tried time and time again for months, and it just doesn’t click.

Any type of trick that requires dexterity and body awareness is extra difficult for Cow.

However… Cow is pretty good at other things.

Cow understands when I tell her to go “right” or “left” when we’re running or walking, while Matilda just doesn’t particularly care for my opinion on which way we should go.

Cow can also “back up” though she needs some refreshing if we haven’t done that in a while.

I never taught Cow how to ring potty bells. She learned from watching Matilda. Maybe she’s paying attention more closely than I thought.

It makes sense. Matilda is highly food motivated, and while Cow likes food too, she is much, much more excited by the thought of going outside, even if it’s just for a quick potty trip. There’s toads out the world that need licking, after all.

I’ve also struggled with teaching Cow not to jump on people when she’s excited, especially when it’s time to go out. Once she has her leash on, she’s hysterical.

Her paws are dry and scratchy, and her nails can be painful. And when it comes to male humans, when she jumps, she’s at the perfect height to cause serious ouchies.

Having her sit calmly before she’s allowed to go out did help a lot. But she needed constant reminding.

Nowdays, though, she doesn’t jump. You can see it in her eyes that she’s using every ounce of restraint she has to not jump once she gets her harness on.

How does she do it?

Well, I had to find a really dramatic way to teach her. When it comes to Cow, drama is everything.

When Cow jumps on me, I instantly fall to the ground and “die” for several minutes.

It wasn’t clear enough to say “if you do not sit, you will have to wait longer to go out.”

Being “dead” is a much more obvious way for her to see that it’s her action that are holding up the walk.

The things we do for our dogs.

Does A “Dumb” Dog Have Other Issues?

I’ve had many theories about what’s “wrong” with Cow.

At times, she runs up on a rock or leaf as though it’s an exciting prey animal.

She also occasionally barks at people she knows before she realizes who they are.

I thought she might have poor eyesight, but there’s not a whole lot I could do about something like mild myopia. Dogs can get fitted with contact lenses that have to be replaced every few weeks, but if she does have bad eyesight, it doesn’t seem so bad to warrant the cost and discomfort.

What seems to be Cow’s biggest hurdle is her anxiety and reactivity. It seems like she has a lot of feelings that she doesn’t know what to do with.

In Matilda’s early life, she was constantly learning new skills, all of which she remembers to this day.

In Cow’s early life, though, she was on the streets, fending for herself and looking for food, chasing animals, and dealing with abusive strangers.

Though she has made some progress with her anxiety through training and counter-conditioning, she’s always going to be a quick to react sort of dog.

When you’re living in an apartment, that’s “reactivity.”

According to her DNA test, she’s also made up of breeds that are prone to anxiety and being high-strung, such as the German Shepherd, Chow Chow and Cocker Spaniel.

It’s worthwhile to get a DNA test if you don’t know your dog’s breed makeup so you can learn more about what you can expect from them, and what their strengths are.

Can Dogs Have Autism?

Though veterinarians are not officially diagnosing dogs with autism, some professionals do believe that autism or an autism-like disorder might be present in dogs.

Signs of autism that can be found in dogs include:

I do not personally feel Cow has autism, though she can sometimes exhibit some of these behaviors.

She is prone to obsessing. I’ve used a laser pointer a handful of times around her, and she loses her mind over it. Of course, we don’t do that anymore.

Laser pointers can really mess with your dog’s head, so don’t use them. They can lead to OCD-like obsession over any beam of light, even the glint of the sunlight bouncing off your watch or a window.

Learning To Teach Your “Dumb” Dog

When it comes down to it, when we are having trouble with training, it’s never the dog’s fault. It’s up to us to help them learn in a way that resonates with them.

For Cow, it’s big, dramatic communication, big praise, and petting, playtime, running, or going outside on an adventure as her biggest rewards.

For Cow, it’s also teaching her to seek comfort instead of reacting to things she does not understand. Once she’s calm, she’s in a mental state in which it’s possible for her to learn.

Cow has a lot of feelings. She gets overexcited easily and a lot of things scare her. But she also feels joy like nobody I’ve ever known. She wakes up excited for the day and shakes her butt like Shakira over the simple things.

Lastly, we can’t compare our dogs to others. Cow and Matilda are like Pinky and the Brain. They’re both equally necessary to the household’s dynamic. They’re both pure love.

← How To Keep Your Small Dog Safe From Loose, Off-Leash, Or Out Of Control Dogs On Walks 3 Ways To Use Up Leftover Canned Pumpkin For Dogs →
Lindsay Pevny