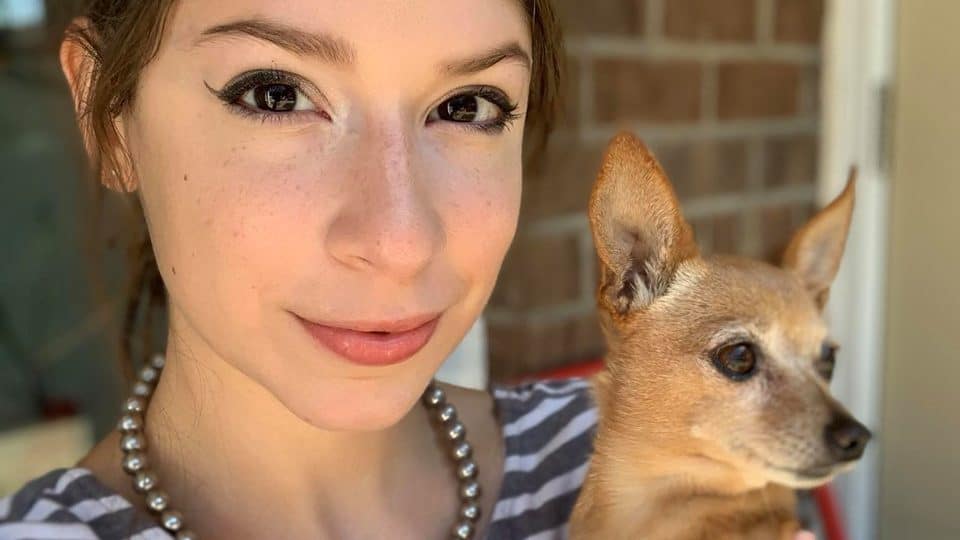 We may earn money or products from the companies mentioned in this post.
162 shares

Someone responded, “There’s no need for the rabies shot. Just let your puppy run around in a wooded area that has forest creatures like raccoons for ten minutes once a week.”

Not a direct quote, but… that’s the gist of it.

You know what? There are a lot of whackadoodles giving out crazy advice on Facebook, in forums, at the dog park… everywhere. But if you have an ounce of common sense, you won’t listen to them, and your dog won’t end up dead for a totally stupid reason.

But I can’t say I’ve read one single source of dog info that I totally agree with.

Some important people in the pet industry give wonderful, legit-looking advice about feeding your dog… but they’ll also believe that if you don’t take their advice and give your dog their products, she’s going to drop dead.

Of the worst cancer ever.

Only to suggest that feeding your dog fresh foods will kill your dog and your entire family.

I try to err on the side of science, but that’s not as easy as it would seem.

I thought science was the be-all, end-all to all debates.

But one study can suggest one thing, and a study funded by their rival organization will totally contradict it.

Sometimes you can get a better understanding if you look at the study methods. A study of 50 labradoodles isn’t going to be as useful as a study of 300,000 dogs of different breeds and ages…

Unless the second study is actually an owner-reported survey, rather than a controlled lab experiment.

And then, you look over at your own dog, who might have totally different experiences that contradict the aforementioned data.

Because that’s science, too.

Science doesn’t have to be done in a lab. You, using your five senses to notice what’s going on with your dog, forming hypotheses and doing small experiments (like adding pumpkin puree to her breakfast) is science, too.

How To Make Choices For Your Dog

Even though it’s impossible to always make the right choices for our dogs, we’re their only advocates working in their best interest. We’re all they have.

But you can take some things into consideration when you’re reading or asking someone for advice.

If You’re Unsure About Dogs, You’re Doing Something Right

On my quest for truth and knowledge, I have to admit, I don’t know everything.

I once posted about grain-free dog food, and years later, we’re having this scare that it’s causing heart disease. Only a tiny percentage of grain-free fed dogs are actually getting this disease, and the FDA investigation is still murky, even a year later…

But if you’re going to ask me, today, if grain-free food is right for your dog, I’m going to just say… I don’t know, man. This is what I know about the link between DCM and grain-free.

Here’s what I don’t know: what you should feed your dog.

Fresh foods are common sense. But homemade meals are tough to balance because dogs need to fulfill their daily nutrient requirements, and they’re so different than us, so commercial foods make sense too.

So I feed both raw, kibble, sometimes canned, freeze-dried, too.

I hope you’ll continue to read my blog, learn with me, and try different things with your dog… and you’re making these choices in ways that you feel good about, not out of fear because someone got into your head.

← Can You Safely Pick Up A Dog By The Scruff Of Her Neck? How To Make Smoothies To Share With Your Dog - The Complete Guide →
Lindsay Pevny