Why Are Dogs So Heckin’ Friendly? New Research Offers Clues 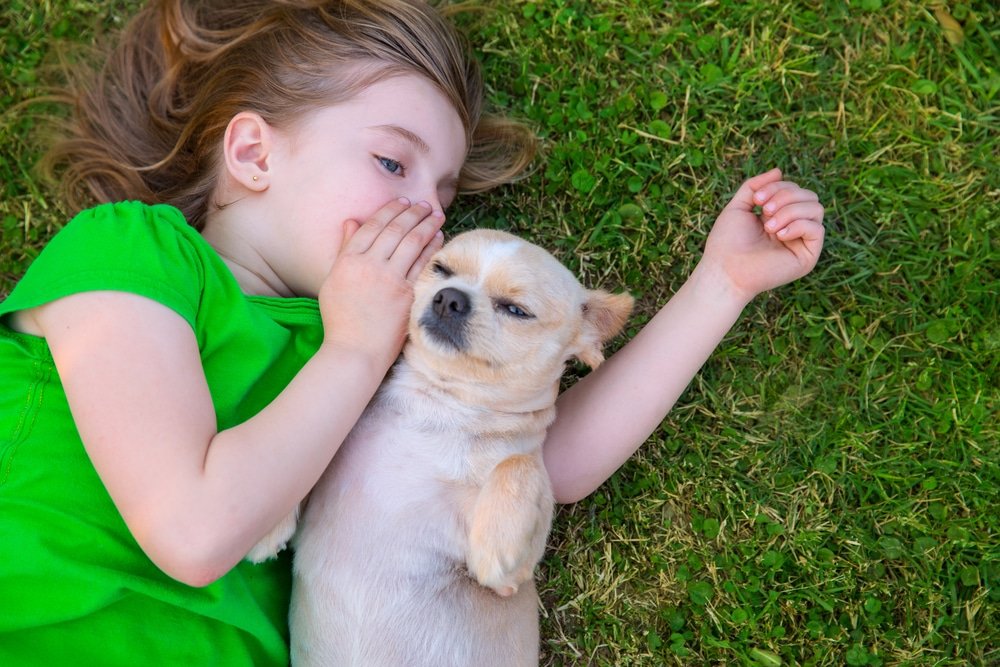 We may earn money or products from the companies mentioned in this post.
121 shares 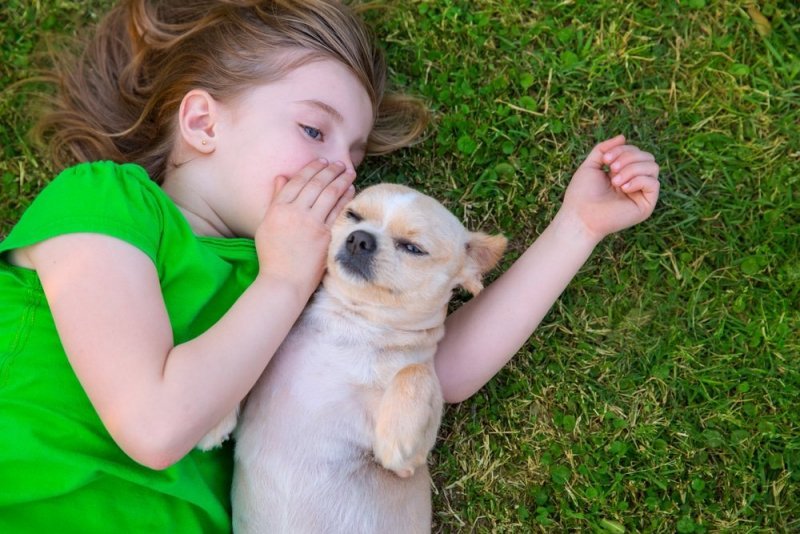 Dogs are a lifesaver for less socially inclined humans.

Most dogs love nothing more than being around people, and many will even greet strangers with boundless enthusiasm.

I can’t say the same for Matilda and Cow, who are wary of strangers and undersocialized, but even as far as “unfriendly” dogs go, they love being around people once they’ve gotten to know them.

Even so, dogs are characteristically friendly, a trait unique to their species. Researchers have found that hand-raised wolves will greet humans like dogs do, but they won’t spend as much time seeking human contact.

Disruption on a gene for a protein called GTF21 is the genetic variation that causes dogs to seek human attention, while an undisrupted form of this gene would cause aloof behavior. The very same gene disruption was also found in hypersocial mice.

Survival of the Friendliest

“The study is exciting because it provides such strong support for the ‘survival of the friendliest’” hypothesis of dog domestication, says Brian Hare, an evolutionary anthropologist at Duke University in Durham, North Carolina, quoted in Science Mag.

Early dogs that were brave and friendly enough to live alongside humans were rewarded with scraps of food, shelter, and protection from predators – so they lived longer and passed on their genes.

It’d be interesting if researchers had the resources to study the genes of different breeds of dogs and compare how their personalities are influenced by their biology.

It’s not just genetics that creates a dog’s personality. Dogs may be friendlier or more wary depending on their environment and their experiences.

Puppies need to be socialized early on, or they’ll be much less likely to be friendly as adults.

In fact, the best time for puppies to be socialized is before 14 weeks… and that’s when most of us actually avoid socializing our puppies because they are not finished with their core vaccinations yet.

If you have a puppy, you can safely socialize them with humans in areas that are not frequented by unvaccinated dogs. You can bring them to a friend’s house, cookouts, family parties – and you can carry them around in public, as allowing them to walk around on the ground can expose them to feces-bourne illnesses like parvovirus, which can take months to fully disappear from the soil.

I’m slowly introducing my dogs to new people and trying to help them become friendlier, but I know they’ll never be friendly with strangers. The more I take them on walks, the more relaxed they are about random people walking near them, but they immediately start barking when anyone tries to lean over and pet them. 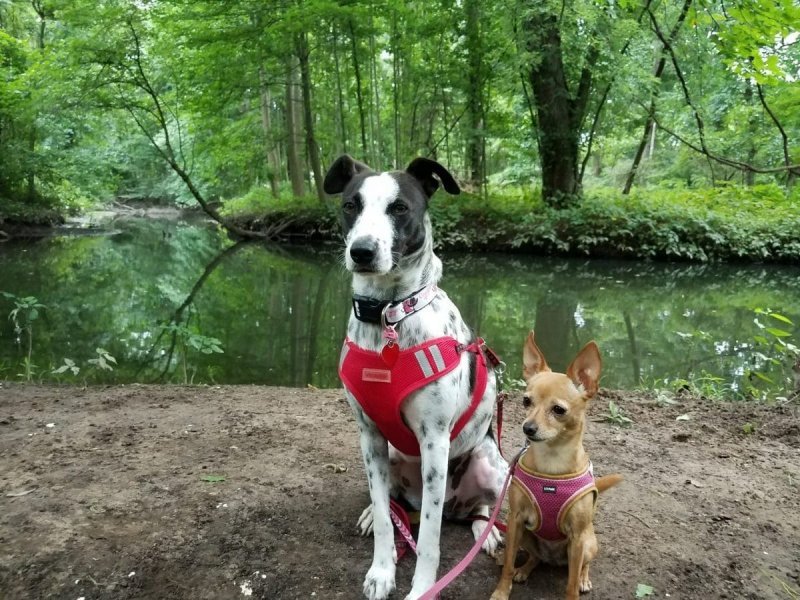 Cow’s ears perk up at the sound of strangers on the trail. If they come close, she’ll bark.

It makes me a little sad as I wonder what they’d be like if I had the opportunity to socialize them when they were small; especially Cow, who had rough beginnings. But I have noticed that they are still able to seek attention from people once they’ve gotten to know them, so it goes to show that those friendly genetics are still strong.

How To Get A Friendlier Dog

Once your dog is an adult, you won’t be able to teach them to be friendly.

You need to ask people to give your dog distance if your dog is scared of strangers.

Your dog should not be held down and forced to tolerate petting, nor should they be lured with treats to get closer to a person they don’t trust yet. I’ve noticed that Matilda and Cow can accept treats from someone they don’t know, and then they will immediately start up barking again when the treats are gone. Dogs can be hungry and scared at the same time. Taking treats is a somewhat positive sign; dogs cannot accept food when they’re absolutely terrified, but it’s not fair to rush your dog’s progress with an irresistible treat.

I’ve had the best success at helping my dogs make friends with new humans, especially men, who they have the toughest time with, by taking a walk together, letting our new friend hold the leash if the dogs seem okay with it. Afterwards, if the dogs are tired and relaxed, they may willingly sit next to our new friend, and may even happily accept petting and treats.

Some of the best dogs, just like some of the best people, are wary and rough around the edges, but really sweet once you get to know them. As long as your dog is not driven to aggression out of fear, it’s okay if they’re not perfectly friendly.

← Will A Micro Prong Collar Stop Your Toy Dog From Pulling? How to Feed Your Small Dog for Better Health →
Lindsay Pevny